By Lyn Cikara on August 3, 2016 in Staff Engagement 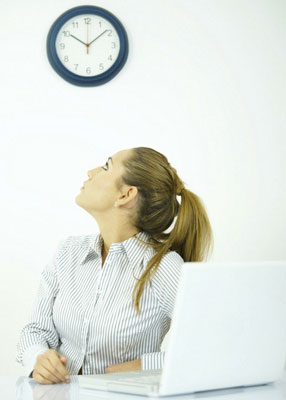 These employees could be showing the visibly compliant behaviors so that they go unnoticed, and might be doing the absolute minimum with regard to what is expected of them.

They could also be doing very little to promote your business. Worse, they could be doing a lot of damage!

I encountered an employee like that this weekend. She arrived at work on time, however, when her services were needed “she was still putting her things away,” even though business had been open for at least 30 minutes.

When she arrived to face me, she quickly announced that she had a meeting to go to in 30 minutes, making sure that I didn’t take too long with the request I had.

The rest of the discussion was held with me talking to her back as I followed her quick steps to where she was taking me.

She had an expectation to be at a meeting, so she was ensuring that serving a customer would not interfere with her punctuality.

In her haste, her supposition of what I was requesting was incorrect. When I clarified, she complained that her employee had given her incorrect information. In her opinion, this exonerated her from blame if she had to justify her actions to a boss.

How much harm do you think that encounter did to the overall business? There were three other customers within earshot of my transaction who witnessing the supervisor’s behavior. I somehow doubt that she behaved that way in front of her boss.

Be on the lookout for subtle ways that “good behavior” can be a disguise for poor performance.

Don’t let this happen in your business! Contact me.

Are You a Hopeful Leader?
Can You Recognize Hopeful Employees?